COVID-19 (Coronavirus) Updates: A Message for our Magee community 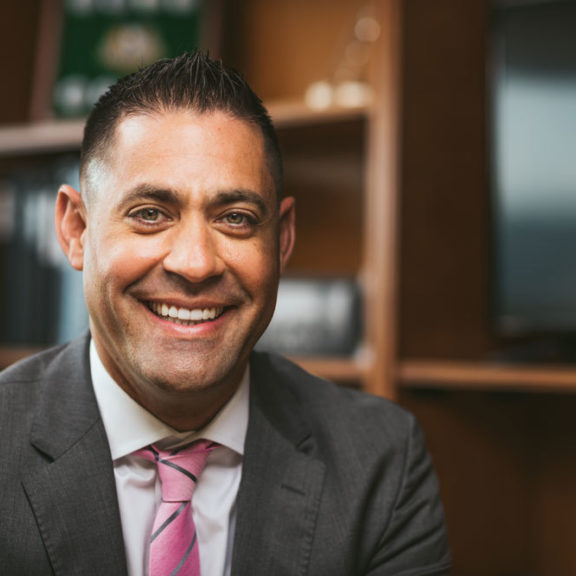 Michael Annichine is the chief executive officer of Magee-Womens Research Institute & Foundation (MWRIF), the largest research institute in the U.S. focused on women’s health and reproductive biology, with collaborations that span the globe, including many major academic campus in the U.S., as well as several prominent industrial partners and foundations.

Michael also leads the development campaigns that sustain programs and research within UPMC-Magee-Womens Hospital and MWRIF. Under his leadership, MWRIF has expanded its partnerships with industry, academia, and national and local foundations. During the first 3 ½ years of his tenure, MWRIF completed a $100 million campaign and doubled the size of its endowment.

Michael is a seasoned professional with more than 20 years’ experience starting, developing and leading local and national businesses across a variety of growth industries.

Prior to his current tenure at MWRIF, Michael was the CEO of C-leveled, a leading provider of small business consulting services that help to keep companies on track, focused and growing. Under his innovative leadership, C-leveled made the 2014 Inc. 1000 list as one of the fastest growing companies in America.

In January 2012, Michael co-founded and then served as CEO for FlyerCity Media, an early disruptive interactive media and entertainment provider that developed MetroMe -- a multi-media digital assistant which leveraged big data and consumer preferences to tailor customized recommendations for business travelers, populating a dashboard with geographically relevant, personalized, available options for activities like dining and entertainment as the user traveled to new cities.

In 2010 and 2011, he served as the Director of Investment Programs for the Pittsburgh Life Sciences Greenhouse, a nationally recognized investment firm committed to building innovative and successful life sciences companies. PLSG had a portfolio of more than 60 companies with over $1 billion in market valuation and is a tireless advocate in attracting companies and capital investments into Western Pennsylvania’s life sciences industry.

In 1997, Michael founded CFS Home Loans, Inc. His strong leadership, business acumen, vision, and passion for customer satisfaction transformed CFS from a modest two-person shop into a full-scale mortgage company with 59 employees and $200 million in annual sales in 11 states. In 2009, he merged CFS with First Choice Bank to develop a national lending platform. His innovative approach to attracting talent and developing business process made both CFS and First Choice Bank a leader in the banking space. Post-merger in early 2010, Michael left CFS to focus full-time on the Life Sciences Greenhouse.

Michael earned dual bachelor of science degrees in industrial management and economics from Carnegie Mellon University and the Tepper School of Business/Graduate School of Industrial Administration. He is a member of Three Rivers Entrepreneurs and served as a coach for the Pittsburgh Social Venture Partnership’s fast pitch event, where he mentored non-profit leadership.

A married father of four who is active in coaching several youth sports leagues, Michael also sits on several local boards in addition to his position on the MWRI board.