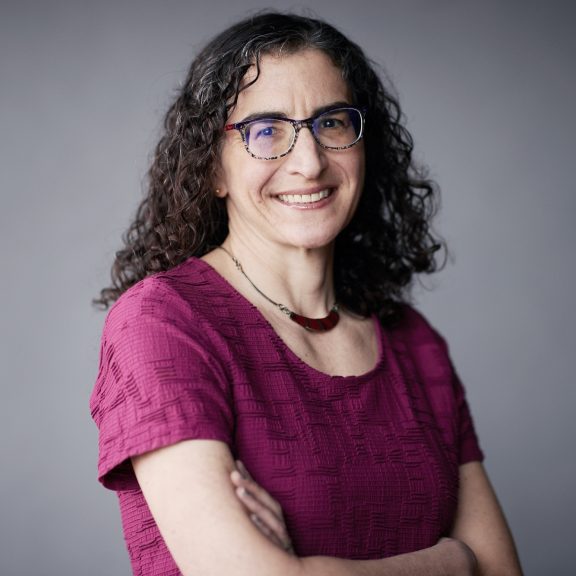 I am fascinated by oocyte development because is the place where all of chromosome biology converges: chromosomes are copied, have to find their match in the nucleus, and exchange DNA. At the same time, they are doing this in the context of the growing egg which needs to provide the next generation with RNAs and proteins for early embryogenesis. Understanding these processes and their integration is fundamental to ensuring the birth of healthy babies.
Judith Yanowitz, PhD

Chromosomes display a different propensity to missegregate during meiosis, suggesting that chromosome-specific features influence the pattern of nondisjunction. In humans and many other organisms, the sex chromosomes are distinguished from the autosomes by repetitive elements, sex-specific gene expression, histone modifications and degree of heterochromatinization. In C. elegans these differences have a profound effect on behavior of the X chromosome in the germ line, where the X chromosome is predominantly transcriptionally quiescent and heterochromatic. Studies in Drosophilaand mice have shown that heterochromatin presents a barrier to meiotic double-strand break (DSB) formation.

We have identified two genes, xnd-1 and him-5, required specifically for DSB formation on the X chromosome in C. elegans. Recent work in our lab has revealed that xnd-1 regulates specific histone modifications that differentially mark the sex chromosomes. The mouse knockout of the gene required for this modification shows reduced fertility, suggesting that further characterization of this pathway in the nematode will provide insight into mammalian fertility. The xnd-1 therefore provides a molecular handle into the study of how chromatin is regulated during meiosis and how it in turn shapes the genome.

The formation of crossovers during meiosis ensures their proper segregation at the first meiotic division. Therefore multiple checkpoints are active in the germline to guarantee the correct execution of these early meiotic events. Using xnd-1 and him-5 as tools to investigate the effects of having reduced crossover numbers, we have identified a surveillance system that monitors crossover formation chromosome-by-chromosome. Current projects are aimed at understanding the features that activate this checkpoint and signaling cascade that ensues.

Double-strand breaks (DSBs) are the most toxic lesions encountered by our genome, yet during meiosis, they are purposefully made to promote crossovers between homologous chromosomes. Therefore the lab is interested in understanding how DSBs are made and coupled to downstream homologous recombination repair. Our analyses of him-5, cep-1, and rec-1 indicate that the break machinery “stacks the decks” to ensure HR repair by coupling DSB induction with downstream repair processes. Identifying and understanding the break machinery and the complexes and subcomplexes they comprise and how they are modified post-transcriptionally during meiosis are active areas of investigation within the lab.

In addition to its role in meiosis, xnd-1 plays a key role in early events of germ line fate development. Redundantly with the conserved germ line determinant, nanos, xnd-1 promote germ cell differentiation. Without xnd-1 and the nanos paralogs nos-1 and nos-2, animals develop without germ cells. XND-1 protein is the earliest known zygotic gene expressed in the primordial germ cells where is localizes to chromatin. Loss of xnd-1 function in the primordial germ cell is accompanied by expression of somatic markers and alteration in germline chromatin structure. We are using biochemical and genetic approaches to identify XND-1 binding partners to better understand its role in germ cell differentiation.